In May 2014 Mike Dolbear launched three new drum tuition hubs. These drum schools are affiliations with Mike who wanted some drum tuition locations around the UK he would be proud to put his name behind. Here’s what Mike has to say about Danny:

I have known about Danny Pearson for many years from his students making it through to my event the Young drummer of the year national finals. Danny is an excellent teacher (and player). When I was looking for a very selective and good group of teachers to set up "affiliated Mike Dolbear" drum schools around Europe Danny was on that list and I am proud to have him be part of that exclusive team - Mike Dolbear

Danny Pearson is an experienced, talented and motivational drummer based in the south of England. Sponsored by Absolute Music, who are based in Dorset, Danny can provide lessons either in your own home, at his studio in Verwood or at any of the studios available at Absolute Music.

Danny is very pleased to be affiliated with the Mike Dolbear Drum School where together they have been bringing drumming events and masterclasses with some of the best drummers in the world to the area.

Back in October 2002 Mike Dolbear set up the first Young Drummer of the Year competition where he invited young drummers from around the UK to enter. Since then the competition has grown in popularity and many entrants have gone on to have great musical careers. Danny has had significant success preparing students for this competition where, in 2010, his student Ben Clark was the overall winner. One of Danny’s other students, Nathan Wallington, reached the finals in 2012 after only 2½ years of playing the drums and followed that up with a successive finals appearance in 2013.

In 2014 I taught two classes in the mikedolbear.com education zone at the London Drum Show. I was invited back to do it again in 2016, this time teaching a groove foundation course over both days of the event. 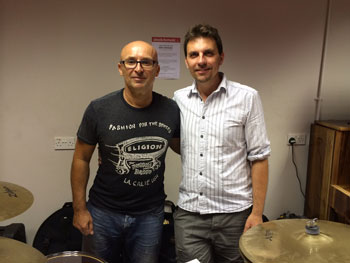 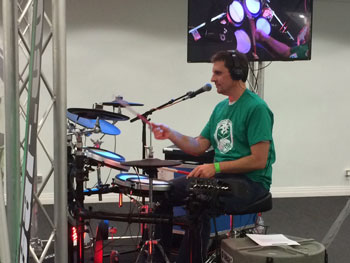 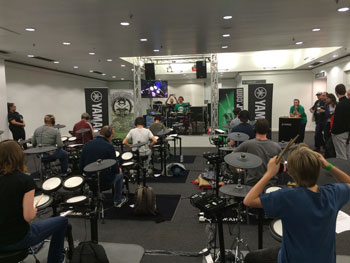